Home
Health Benefits
Jojoba Oil for Hair | Steps to Use & How to Choose Best Jojoba Oil?

Jojoba trees are mostly grown in Mexico and the southwestern states of the USA. Jojoba oil is extracted from the seeds of jojoba trees. It wasn’t until the mid-40’s that people discovered the astounding properties of jojoba oil. It’s technically not an oil but more of a wax ester, or jojoba ester. Wax esters are similar to the natural oils found on our skin. When we apply jojoba oil to our skin, we can make it believe it’s producing enough oils by itself. This provides a natural and healthy skin that is neither too oily nor too dry.

Jojoba oil is rich in essential nutrients with vitamins E and B and essential minerals like silicon, copper, and zinc. Jojoba has properties to fight against bacterial and fungal diseases due to the high percentage of iodine content in it. The presence of vitamin E contributes to its ability to hydrate hair and skin effectively. The presence of vitamin B in the oil also helps in retaining the moisture in hair and skin. These nutrients are also responsible for preventing the decolorization of skin tone from sun damage or other factors.

Benefits of Jojoba Oil for Hair

Jojoba oil has some similarities with the sperm whale oil. Previously whale oil was an active ingredient in many cosmetic products, but during this century, many countries have started banning the usage of whale oils. Hence, inexpensive jojoba oils began filling the role, which was traditionally done by whale oils.

Many factors can lead to the dryness of the scalp, dandruff, and increased hair loss. Jojoba oil is capable of moisturizing hair and its follicles without leaving any residue. It can help hair cells to reproduce themselves at a rapid pace. After applying it on hair, wait for a few minutes before washing the oil out.

Applying with Shampoo or Conditioner

Adding a few drops of jojoba oil to your shampoo or conditioner is the most popular method of utilizing nutrient-rich oils. Since the oil is already in a liquid form, it doesn’t need to be melted. When jojoba oil is mixed with shampoo or a hair conditioner, it will assist in removing the sebum, which is present at the scalp.

This has the effect of promoting hair growth. Even 3-4 drops of oil are enough to protect hair strands from breaking and drying up. But do keep in mind that there’s no way one can be sure you’ll obtain the same effects. Different people have different kinds of hair. Thus they will react differently to various oils.

Jojoba oil can even act as a serum, thereby improving the health and shininess of hair. It can aid in removing contaminants and environmental pollutants to makes hair clean and reverse any damage.

How to Use Jojoba Oil on Your Hair

Jojoba oil can be an effective moisturizer for dry and damaged hair, thus making it a must-have ingredient in cosmetic products.

Step 1: Pour a few drops of oil into a bowl. If you have long hair, increase the quantity of oil accordingly.

Step 2: Place the bowl in a microwave to heat it.

Step 3: Gently dip your hand into the heated oil and apply it to your hair. Avoid using the oil directly to the scalp as it may cause clogging of pores.

Step 4: Cover up your oiled hair with a plastic cap to prevent oil from oozing out.

Step 5: Leave it on for 10-15 minutes, then wash your hair with a shampoo or conditioner. Let the hair dry naturally.

How Does Jojoba Oil Differ From Other Oils?

When compared to other natural oils, jojoba oil is quicker and more effective in natural treatments, but it can take daily application to get the results that you desire.

No other type of oil can penetrate hair follicles, as well as jojoba oil can. It’s also 100% safe and gentle to use and has a light and non-greasy feel to it.

The most important thing to note while selecting the best jojoba oil is that it should be organic. Non-organic products bring a fear of pesticides and other chemicals with them. It’s not safe to use such products, especially since they have a record of being carcinogenic and causing harmful side effects in the body. The next thing to consider is whether the oil is cold-pressed or not. If it’s not, it will be labeled as refined oil, so cold-pressed is the real deal— a pure jojoba oil that is capable of doing wonders.

Many brands sell jojoba oil. Some of them are incredibly effective, while others are crappy. It’s not at all surprising that many people find it challenging to choose which brand to use. It’s fair to say that before blindly going for any particular brand, make sure you try before you buy. As the properties of skin will vary with people, the brand that works fine for your friend might not necessarily work fine for you.

Now that you have an idea about the pros and cons of jojoba oil. Have you been using jojoba oil? Do you have any particular brand to recommend to us? Feel free to do so through the comment section below. 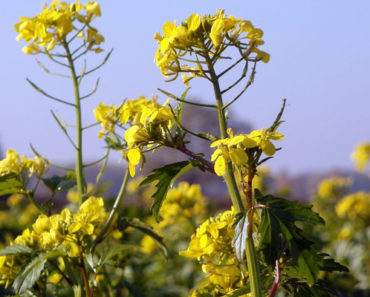 More from this Author

For an inexplicable reason, Mel Dawn moved into New Westminster and never left. She’s a professionally published online content writer who also enjoys writing speculative fiction. Besides numerous published articles and short stories she also has two published books under her full name of Melanie Dixon: The Aquaria Chronicles; and Just One More Purr: Chronic and Terminal Illness Support for Cats and the Humans Who Love Them.

Super!
Check your inbox, we've sent you a verification email.

*We respect your privacy and take protecting it seriously